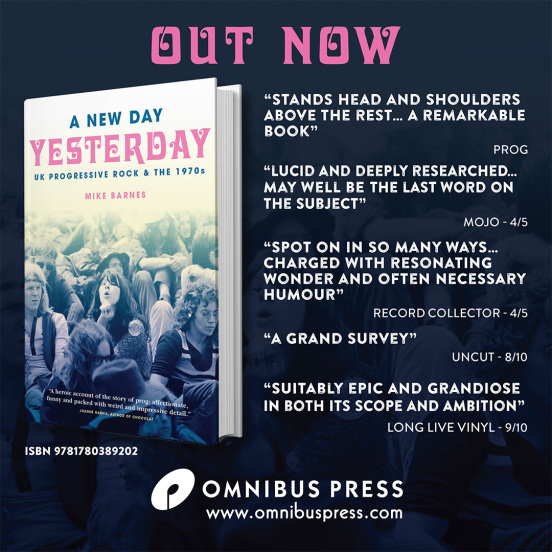 Progressive rock, a genre formed out of a creative surge in the late Sixties and throughout the Seventies, originated and flowered most spectacularly in the UK. Made by young musicians for a young audience, prog music looked towards new horizons by synthesising rock, jazz, folk, classical and other styles.

While prog has always divided critical opinion, in its heyday it had a large and devoted fanbase, and the era s biggest acts from Pink Floyd to Genesis went on to enjoy long-lasting international and commercial success. Although the scene fragmented in the late Seventies, new generations of young listeners continue to discover the unique sounds of prog today.

Examining the myths and misconceptions surrounding the genre, music journalist Mike Barnes (MOJO, The Wire, Prog, and author of the acclaimed biography Captain Beefheart) paints a vivid, colourful picture of the Seventies based on his own interviews with the musicians, music business insiders, journalists and DJs, and the personal testimonies of fans of that extraordinary decade.

Offering something new for even the keenest of prog enthusiasts, A New Day Yesterday is an entertaining and in-depth study of both the music itself and the cultural conditions and attitudes that fed into, and were affected by, this remarkable musical phenomenon.